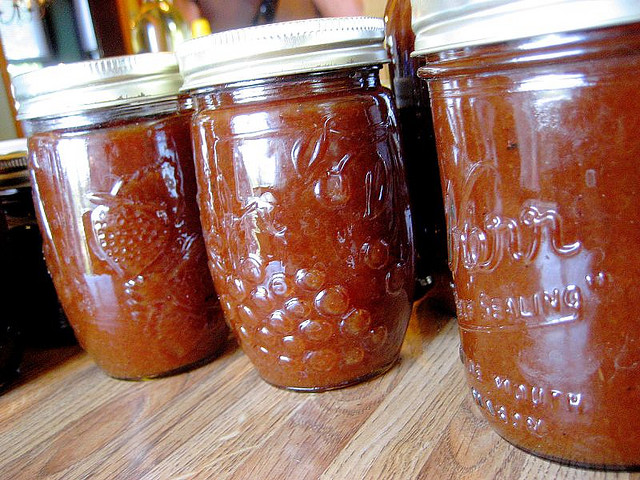 Apple butter is a concentrated form of apple sauce.  It’s made by slow cooking peeled and cored apples with cider until they caramelize. Tart apple varieties usually require a little sweetening, like sorghum or molasses. Making apple butter, an all day traditional family activity, takes place after the Fall harvest.  The apple mixture is boiled in a large kettle over an open fire and family members take turns constantly stirring the mix with long handled wooden paddles. The deep brown buttery textured sauce is usually flavored with cinnamon, cloves, or other spices. Four or five bushels of apples yield a gallon of apple butter, which is sealed into jars. When it’s time to eat, it’s spread on buttered toast, added to baked goods, and used as a side dish or topping.