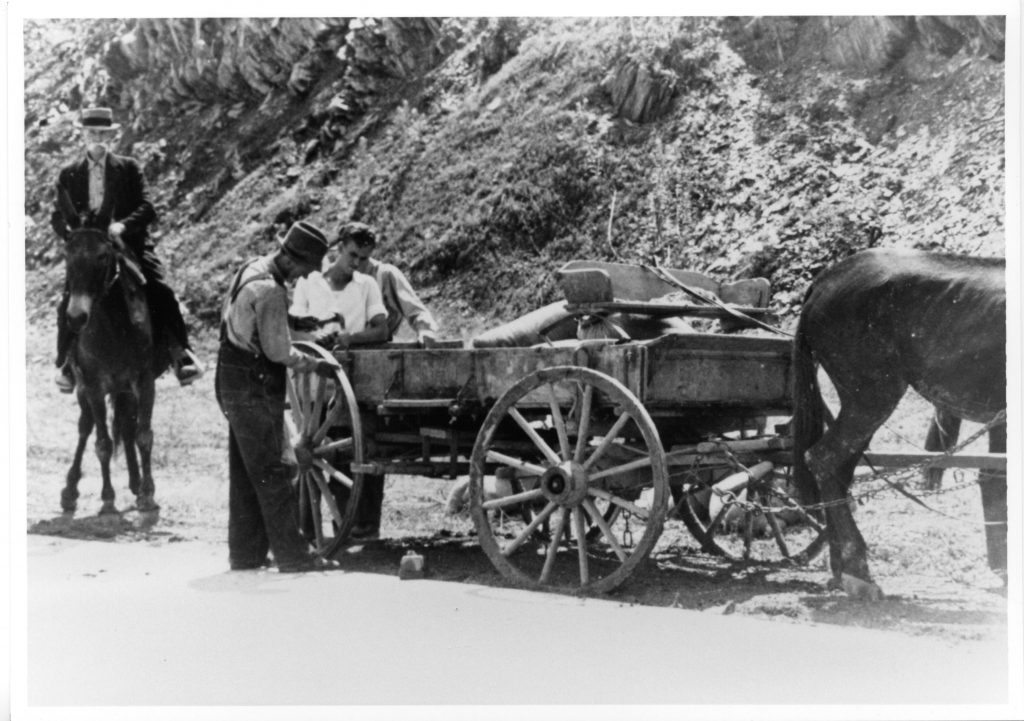 Barter was a vital element in the subsistence economy of early Appalachia. In its purest form, it was the moneyless exchange of goods and services. Barter allowed farm families to supplement the goods they produced on their farms with things that they could not provide for themselves. For example a blacksmith, miller, or doctor would provide his or her services in exchange for chickens or milk. But seldom was a household’s economy based on home production and barter alone. Even in early settlement days, most families produced something to sell for cash. It might be livestock, leather, forest herbs, or whiskey. Barter has remained useful into recent times and still has its practitioners, as a natural system of exchange that supports a strong sense of community.