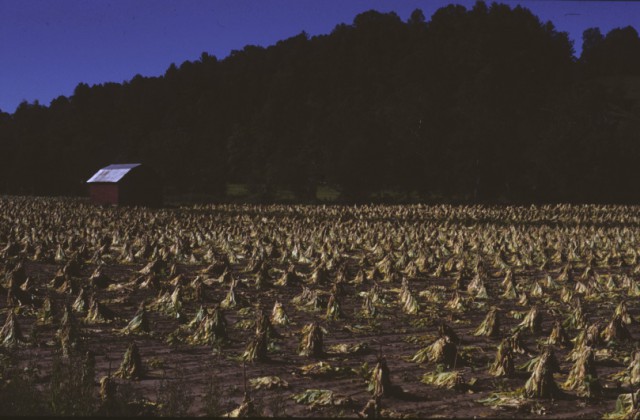 For over 100 years burley tobacco has been an important cash crop in western North Carolina as well as in other areas of Appalachia. The large, weather-beaten, rough-timbered tobacco barns that dot the landscape are a familiar sight. In many mountain families, several generations worked side by side on small farms – planting, harvesting, and curing burley tobacco. However, like many other agriculture commodities, tobacco production is changing. In fact, the combination of market evolution and new legislation is threatening the survival of the burley tobacco industry in our region. 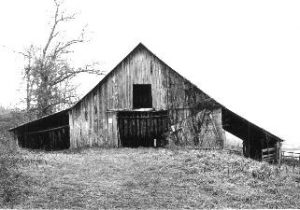 Three kinds of tobacco are used in cigarette production: bright, burley, and oriental (also called Turkish) – with bright and burley being the two varieties grown in the United States. By far, bright is the most common. North Carolina growers produce about 348 million pounds of flue-cured bright tobacco and about 10 million pounds of naturally-cured burley.

The process of growing and selling burley is similar to that of bright, but there are significant differences in the way it is harvested and cured. With burley, the entire stalk is cut and left stacked teepee-style in the fields. The stacks are then collected and allowed to air-cure in large open barns with natural air-flow. In fact, the technical term for burley is “air cured.” After one to two months of curing, burley leaves will turn , anywhere from a light brown to a mahogany shade.

While bright tobacco was king in the and eastern regions of North Carolina, burley ruled in the western part of the state. At its peak, over 10,000 small farms, many less than an acre in size, produced burley tobacco in approximately twenty counties in the mountains and foothills. Half of that production occurred in Madison, Buncombe, Yancey, and Haywood counties. Burley provided an important economic supplement, its income often meaning the difference between solvency and bankruptcy for rural Appalachian families.

In 1938 the United States government, responding to the Great Depression, implemented a price control mechanism on tobacco called “quotas.” This system was intended to ensure that the industry remained viable and profitable to farmers by limiting production and providing price supports. Over the years, the larger, richer landowners purchased quotas from smaller farmers. Frequently, these large growers would “sharecrop” the production rights back to smaller farmers, in effect recreating the yeoman economic system. In 2004, the U.S. Congress passed a tobacco reform bill that eliminated the quota system and its price supports. Farm owners received a cash buyout proportionate to the quotas they owned. Four of the ten billion dollars designated for the buyout program destined for North Carolina, effectively changing the way 76,000 tobacco farmers conduct business. A large percentage of smaller burley producers, almost all in the mountains, chose the cash buyout in lieu of continued free-market production. They feared it would be impossible to compete with large growers without government assistance. 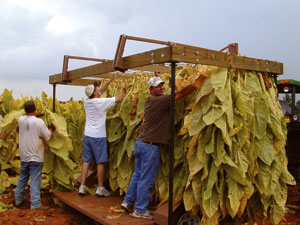 Many experts believe the big farms will survive in a market environment. Since supply restrictions have been eliminated, some may even grow in size. However, smaller farms are already beginning to disappear. The largest producer of burley in North Carolina, Madison County, had over 1,200 tobacco farmers in 1993. Since the quota system was eliminated, that number has dwindled to less than 700. Coupled with a declining demand for cigarettes and pressure from Turkish and Brazilian imports, the future of the industry is uncertain.

Agricultural economists are recommending that tobacco farmers, especially , have a plan as commodity prices and demand weakens. One farming family in Buncombe County recently planted raspberries on land that had been used to grow burley tobacco a few short years ago. However, reluctant to completely abandon an important part of their traditional Appalachian heritage, they still planted seven acres of burley tobacco where once they had grown and harvested more than sixty.

This essay was based on information provided by Phillip Morris USA, the North Carolina Department of Agriculture and Consumer Services, the Asheville Citizen-Times, and Duke and N.C. State Universities. 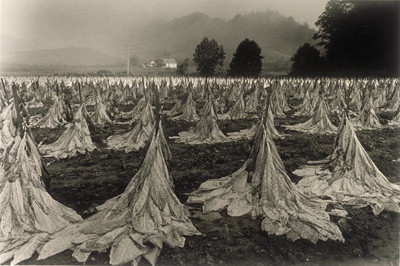