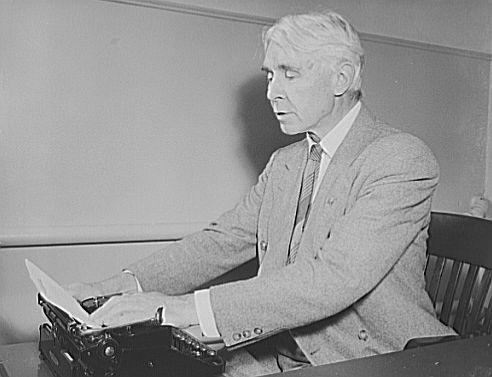 Nestled deep in Appalachia, in Flat Rock, North Carolina, is Connemara, a beautiful 245-acre farm. It is world-renowned for producing prized dairy goats. It is famous for another reason, as well. It was the home of American poet and author, Carl Sandburg.

Carl Sandburg was not a native of North Carolina. However, he is certainly one of the state’s most eminent adopted sons. Sandburg was born in Galesburg, Illinois, in 1878. His early years were similar to those of many young men coming of age at the turn of the 20th century. He left school after the eighth grade and worked a variety of odd jobs. When he was 18 he met Abraham Lincoln’s son, Robert Todd, at an anniversary commemoration of the Lincoln-Douglas debates, sparking a life-long interest in the sixteenth president. The next year he “jumped a boxcar,” venturing through several Midwestern states where he worked a variety of jobs before joining the military in 1898. He served briefly in Puerto Rico in the Spanish-American War before returning to Galesburg and enrolling in Lombard College (he had previously been appointed to West Point but failed to pass the grammar and math sections of the entrance exam).

At this point in his Sandburg began his life-long passion and vocation, writing. Initially an editor for various publications, he soon began composing poetry. For the next 60 he produced many volumes of prose and narrative. He received many awards as his fame grew. They included two Pulitzer Prizes, a gold medal from the National Institute of Arts and Letters, recognition as Poet Laureate of the United States, and a Presidential Medal of Freedom from President Johnson.

He was married to his wife Lillian for almost 60 years, up until his death in 1967. Not widely known or publicized was their support of the American Socialist Party. He worked tirelessly throughout his life championing the rights of and speaking out against the abuses of an unregulated capitalist system.

In 1945, Carl and Lillian moved to their farm, Connemara, in Flat Rock, North Carolina. Immediately, he became one of the state’s most famous, and , celebrities. His wife was an internationally-known breeder of dairy goats. He referred to her as “a champion breeder of champions.” In 1960, her most famed goat, Jennifer II, broke the world record for milk production when she produced 5,750 pounds of milk in one year!

Connemara is now a National Historic Site and can be toured by the public. It is a fabulous tour that is well worth the visit. The site consists of the 22-room Sandburg residence, barns (home to the Connemara Farms goat herd), sheds, rolling pastures, mountainside woods, five miles of hiking trails, two small lakes, a trout pond, flower and vegetable gardens, and an apple orchard. For those wanting to take a glimpse inside the Sandburg’s lives, a 30-minute guided tour of the historic house is provided. The tours are offered daily and, for effectiveness, group sizes are restricted to 15 people. In addition, just like the famous dairy goats, pets are welcome to accompany their owners when visiting Connemara (but the house is off limits to them).

A great time to arrive is when Connemara hosts the Carl Sandburg Home National Historic Site’s Annual Lincoln Festival. Presenters investigate the influence that Lincoln had on Carl Sandburg, the writer, and quote from Sandburg’s works on Lincoln. However, a visit at any time of the year will provide a memorable and fascinating adventure for those interested in literature, history, and our Appalachian heritage.

Today the site, managed by the National Park Service, preserves the Sandburg legacy for future generations. It is located three miles south of Hendersonville, NC, off the Greenville Highway/Rt. 225 (formerly U.S. 25). Additional information is provided through the website links listed below. Phone: 828/693-4178.

This text was based on information provided primarily by The National Park Service and Mark Canada of the University of North Carolina-Pembroke.