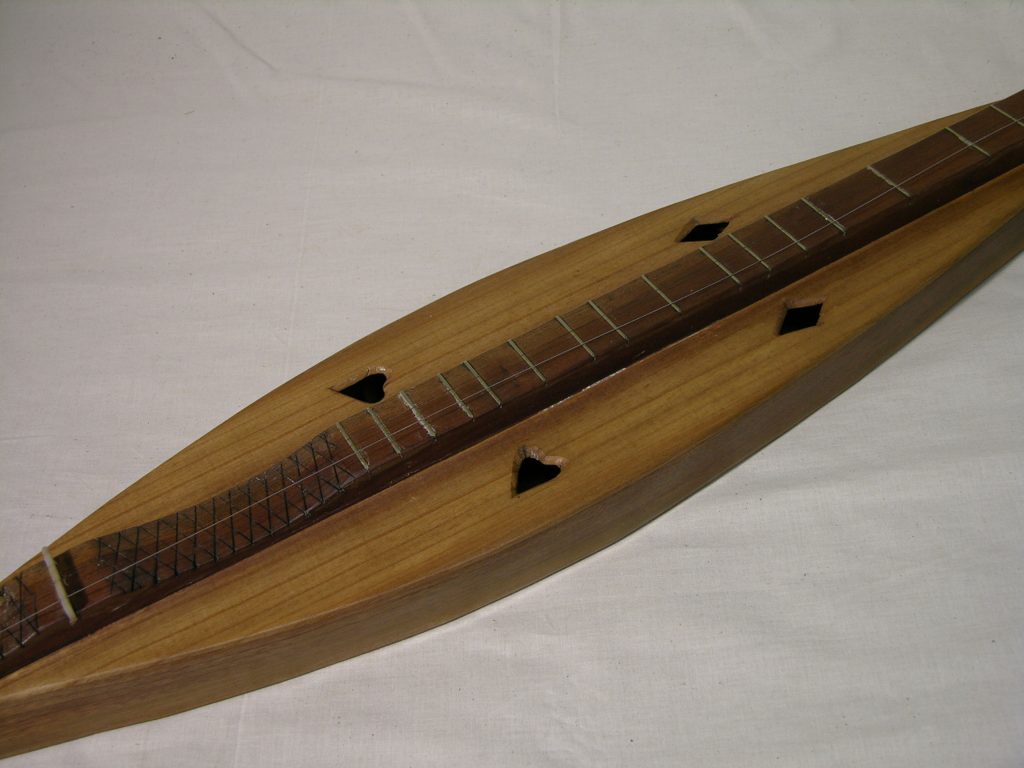 Dulcimers come in two versions. The so-called “mountain dulcimer” looks like a skinny fiddle with 3 to 6 strings, sits across the player’s lap, and is plucked with the fingers. The other consists of a box frame with 40-120 strings; because its sound is produced by hitting the strings with small mallets, it is often called the “hammered dulcimer.” Both kinds were late arrivals to Appalachia, brought by European immigrants. They were used to provide music for ballads, religious songs, and dances. More recently they were popularized by Jean Ritchie and John McCutcheon during the nationwide revival of traditional folk music in the 1960s and 70s. The mountain dulcimer in particular has become a symbol of Appalachian music.