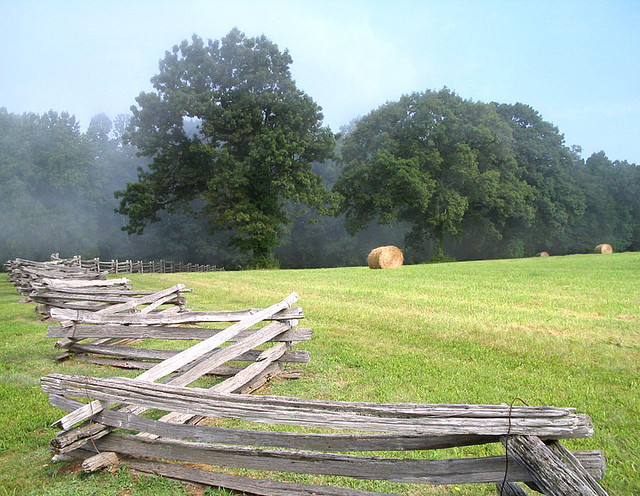 Until the late 19th century Appalachian agriculture relied heavily on the traditional English practice of common rights to unenclosed land. Individuals had a right to hunt, fish, and graze their livestock on unfenced land regardless of ownership. In practice this meant that mountain farmers relied heavily on free ranging their hogs, cattle, and sheep on the forest mast and mountain bald pastures. Cultivated crops rather than pasture lands were fenced. The rapid growth of population and the rise of commercial farming following the Civil War, led to increasing demands for fence laws and an end to the open range. By the 1890s fence laws had been enacted in all Appalachian states and a way of life came to an end.