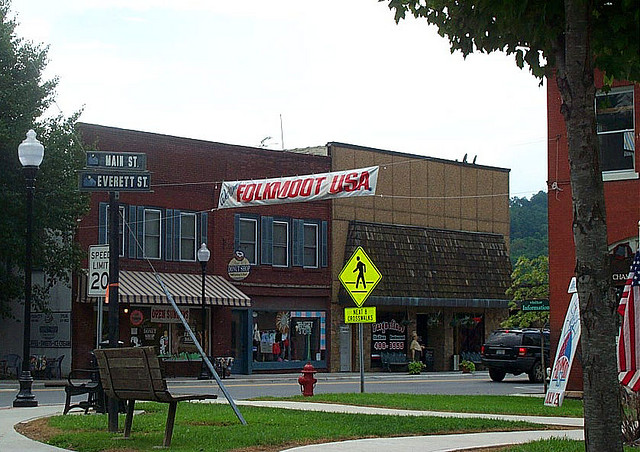 Appalachia has long been appreciated as a reservoir of traditional culture. But every July, Folkmoot USA brings the world’s traditional cultures to Appalachia. Folkmoot USA, one of the world’s largest international folk dance festivals, is held in and around Waynesville, NC. Folkmoot is an Old English word meaning “meeting of the people,” and that surely is the goal of this festival. Over a hundred groups from about a hundred countries gather to share their culture and to teach their traditional musical folkways. The first festival was held in 1984. Each one begins with a Parade of Nations. In addition to daily performances, there are children’s activities, a one-day street festival, and a candlelight closing ceremony. To see the world in Appalachia, come to Waynesville in July.