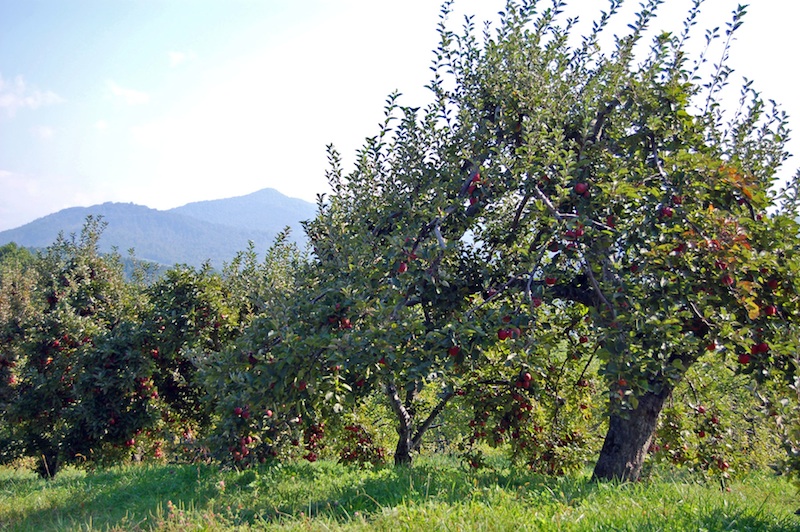 Fruit has long been an important staple of the Appalachian diet. Early pioneers found wild crabapples, black cherries, plums, persimmons, paw paws, as well as peaches that had been introduced in the 16th century by Spanish explorers. To that native stock, they added their own European varieties of apples, cherries, plums, and pears. Most family farms included small orchards. Fruit was eaten fresh during harvest season, was dried for cold weather consumption, and distilled into various alcoholic brandies. Over time, family orchards face increasing competition from commercial operations, and old-time, or “heirloom” varieties of fruit began to disappear. Some growers today have tried to reverse that trend by collecting and growing the seeds of original heirloom fruits.