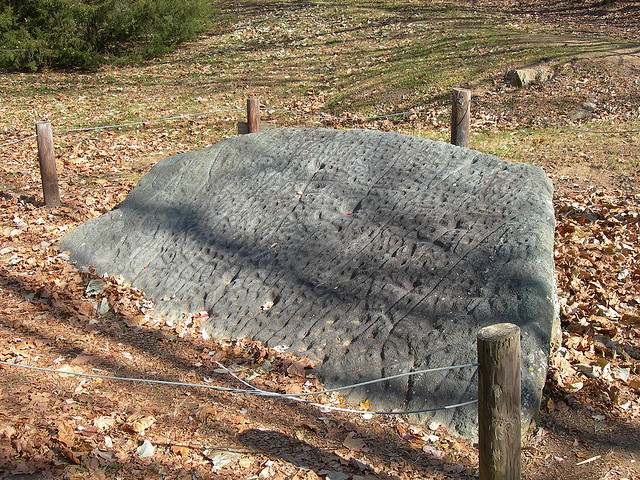 Judaculla Rock is named after Tsul’Kalu’, a slant-eyed monster who lived on the mountain of Richland Balsam. His name meant “Great Lord of the Hunt”. He lived on the Southwestern slope in a cave at Devil’s Courthouse. Tsul’Kalu’ was an exceptional hunter and colossal in size. He would leap off his mountain to a creek, where he would then scratch the rock with his seven-fingered hands.

Over time, the name evolved into Judaculla. It also may have been that whites had trouble saying the Cherokee word and simplified it to Judaculla.

Some theorize that the carvings commemorate the Battle of Tawila between the Cherokee and the Creeks in 1755. Early settlers recorded Cherokee elders used to come to Judaculla Rock every year to celebrate this battle. According to that explanation, the many designs of the rock show the events of the conflict.