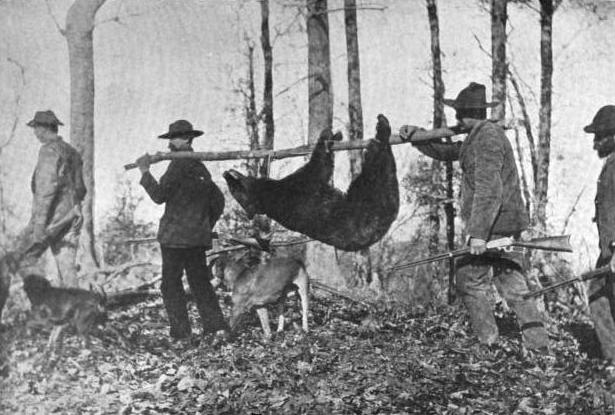 The long hunters were the legendary woodsmen of the 17th and 18th century who were among the first white people to see the vast American wilderness. The term refers to the men who undertook extended hunting trips across the Blue Ridge. Often idealized as individualistic and adventurous, long hunting was an important part of the profitable American fur-trade system. Typically the hunts were well organized and planned expeditions of men working for trading companies in cities such as Charleston. Long hunters entered the wilderness in groups and built base. Hides were their primary interest and they hunted bear, buffalo, elk, deer, and panther. The era of the long hunters had ended by the 1800 as settlement altered the environment and as the fashion for animal furs declined.