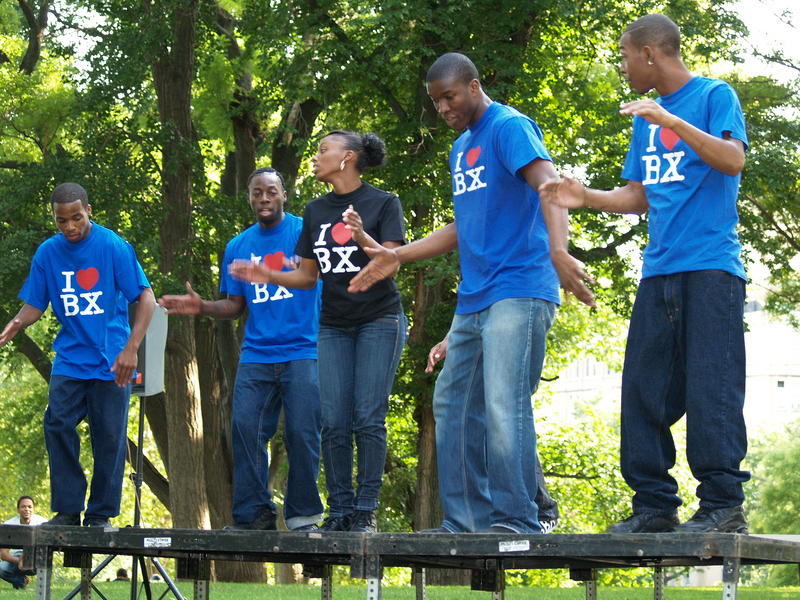 Stepping is a form of dance involving synchronized stomping, clapping, singing, and chanting. It was developed in the early 20th century by African-American fraternities and sororities. It was based on earlier African-American dance traditions known as ring shouts and patting juba. It also shares some similarities with Irish step dancing, perhaps because William Henry Lane, one of its early influences, performed with Irish dancers in New York City and London. Stepping includes call-response patterns, rapping, handclap games, military-style chants, and body movements kept low to the ground. It has become a popular form of entertainment in Appalachia, performed by youth and community groups in African-American churches and schools. It sometimes serves as the headliner for fundraising events at colleges and universities.