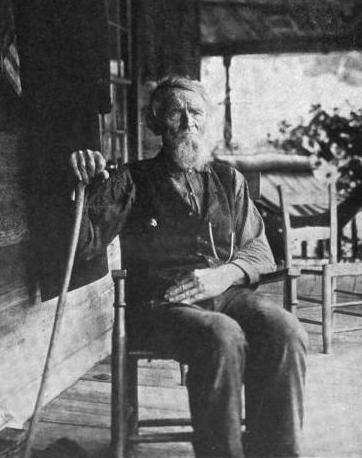 Big Tom Wilson Personified the nineteenth image of the Appalachian Mountain Man. A hunter, a tracker, and guide who roamed the Black Mountains in Yancey County, he become legendary for his bear hunting skills. As more tourists discovered the region, he supplemented his income by leading them up the horse trail to the summit of Mount Mitchell. Two events in 1887 spread his fame far and wide. First, he found the body of Elisha Mitchell whose furious controversy with Thomas Clingman as to which peak was the true summit of Mount Mitchell, had drawn nation attention and who fell to his death from a forty foot waterfall on the mountain’s side. And second, Harper’s Magazine published praising Wilson’s woodcraft skills.