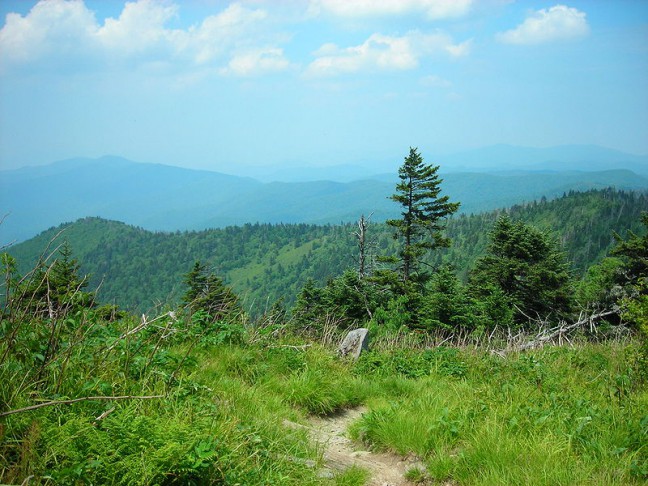 As undeveloped land shrank in the East, the desire to preserve a wilderness experience intensified. In 1925 a forester, Benton , organized a conference in Washington, DC, to plan the construction of a footpath that would stretch the length of the Appalachian Mountains, 2,175 miles, from Maine to Georgia. Completed in 1937, and now designated a “national scenic trail,” it serves as a for a rapidly urbanizing region. Some 8,000 “through-hikers” have reported hiking the entire trail, and countless others use it to reestablish their ties to nature. A day trip takes hikers out into nature, and back in time as wel

The Appalachian Mountains are home to one of our planet’s richest assemblages of animal and plant life. Following a north-south direction from Canada to the southeastern United States, the peaks and gorges of the mountain chain appear to many as wild and intimidating. However, it is these geographic characteristics that make survival possible for a vast variety of natural life. By providing isolated climatic refuge and gradients in elevation, latitude, and moisture, the Appalachians allow a variety of species to persist through seasonal changes. Without the protection offered by these mountain features many unique species would certainly perish.

It is here that in 1921, forester, planner, and federal employee Benton McKaye first conceived the idea of a continuous marked footpath stretching the length of the mountain range. McKaye’s vision gathered support within the federal government; construction began; and in 1937 the Appalachian Trail (AT) officially opened. The Trail’s northernmost terminus is atop Maine’s Mount Katahdin; it ends 2,175 miles to the south on Springer Mountain in Georgia. A well-known plaque at Springer Mountain describes the Trail as “a footpath for those who seek fellowship with the wilderness.” Indeed, the AT takes visitors deep into some of the wildest and most remote woodlands of the eastern United States. In 1968, the AT was the first region to be designated a National Scenic Trail. Benton McKaye was very much opposed to the building of two scenic roads through the southern Appalachians, Skyline Drive and the Blue Ridge Parkway. Concerned with the impact automobiles were having on the environment, McKaye and several associates founded the Wilderness Society – the first national organization dedicated solely to the preservation of wilderness.

The Appalachian Trail is within a day’s drive of two-thirds of the U.S. population. An estimated four million people visit the Trail each year, allowing individuals of all ages and abilities to enjoy long-distance backpacking adventures, day hikes, and short walks. 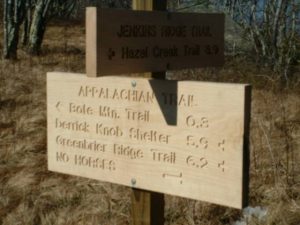 Since 1937, approximately 8,000 people have completed the Appalachian Trail’s entire length. The first man to complete a solo “thru-hike” was Earl Schaffer in 1948. He wrote of his account in Walking With Spring. In 1955, Emma Gatewood became the first woman to accomplish it.

Traveling south, the Trail passes the headquarters of the Appalachian Trail Conservancy in Harper’s Ferry, West Virginia – the traditional “half-way point” of the Trail. This designation is more psychological than factual, as the actual halfway mark is located in Pennsylvania. From Harper’s Ferry the Trail crosses the Shenandoah River into Virginia and continues south. After leaving Virginia, the Trail goes for about 70 miles through Tennessee before following the TN-NC border. Here, the Trail crosses through the Great Smoky Mountains National Park, where it reaches its highest point at 6,625 feet atop Clingmans Dome. (The lowest point is 124 feet at the Hudson River.) From Clingman’s Dome the Trail continues through the Nantahala Forest, entering the rugged Chattahoochee National Forest before reaching its southern terminus at Springer Mountain.

The geography bordering the southern Appalachian Trail is much more than merely scenic and culturally significant. It is home to thousands of varieties of native (and ancient) organisms like snails, salamanders, and seasonal flora. Here the landscape was never transformed by glaciers. Rivers flow to the south in the Southern Appalachians. These characteristics allowed many species to escape Ice Age extermination. Today the region is legendary for its variety and abundance of fish, mussel and crayfish species. In addition, the protected corridor along the southern part of the Trail is vital to the nation both ecologically and economically. Its forests protect the watersheds that service a significant percentage of the population of the United States.

Much of the Trail follows what was once farmland – even the steep, remote slopes grew crops for the homesteaders of an earlier era. Also, nearly all of the region has been logged at one time or another during the last two hundred years. However, even after years of agricultural and industrial use, and despite being currently threatened by encroaching development, the Appalachian Trail and its surrounding mountains continue to boast the greatest biodiversity of any site within the National Park Service.

A wide variety of fauna is a major attraction of the Appalachian Trail. Visitors can encounter moose, white-tailed deer, and black bears (especially common in Georgia, North Carolina, Virginia, and Tennessee). Wild boars live in the Great Smoky Mountains National Park. The ever-present bobcats, coyotes, otters, and beavers are stealthy and seldom allow themselves to be seen. More common are familiar animals like chipmunks, raccoons, rabbits, muskrats, and groundhogs. There is a level of risk involved. Hikers should know the warning signs of rabies in the wild. Dogs have been seen roaming on parts of the Trail adjacent to developed areas. Ironically, the most troublesome wildlife is often the smallest. Snake bites, bee stings, and spider bites are the most relevant concerns. However, a little common sense goes a long way on the Appalachian Trail, and the vast majority of hikers report no adverse encounters whatsoever.

The history of the region surrounding the Appalachian Trail is rich and evident. Walking through what seems like primeval wilderness, hikers are likely to run across old stone walls, abandoned logging roads, or the foundations of nineteenth-century homesteads. Whether you are interested in rugged scenic isolation, nature study, a casual hike, or a brief refresher from your daily routine, the Appalachian Trail provides these opportunities – and many more. For many generations it is sure to remain a treasured link to our national and regional heritage.