Migration of the Scotch-Irish from Ulster to Western North Carolina 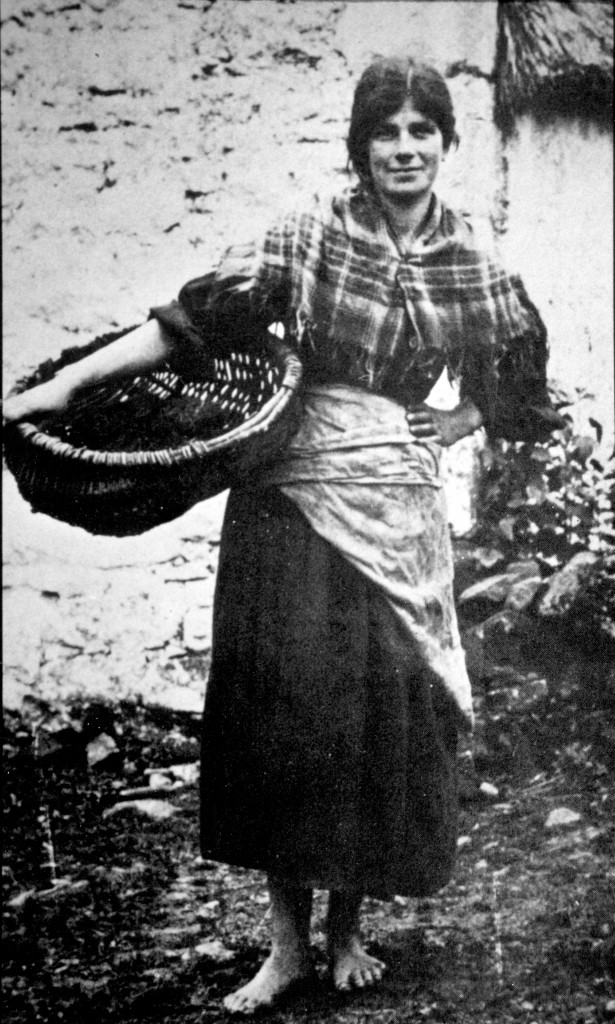 Migration has been a major feature of human history, beginning with the earliest hunter-gatherers who ranged widely in pursuit of food. Other motives for migration have included war, economic hardship, religious strife, and the promise of a better life. The migratory history of the British people known as the Scotch-Irish (sometimes referred to as Scots-Irish or Ulster Scots) illuminates many of those issues. 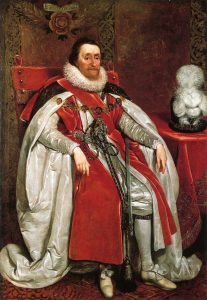 Movement across the Irish Sea between Scotland and Ireland had occurred for millennia, but the historical Scotch-Irish migration, unfolded in the early seventeenth century when Britain’s King James I encouraged his Scottish subjects to migrate across the Irish Sea to his Irish domain. The forces motivating this migration were mixed: Presbyterian James’s optimistic desire to convert and control his Irish Catholic allure subjects by planting loyal Protestants there; economic hard times in Scotland; the  promise of a better life in Ireland. Throughout the 17th century, Lowland Scots along with smaller numbers of English from the Borders region settled in the northeast (Ulster) region of Ireland where they became known as Ulster Scots.

One consequence of this movement of people was conflict. The Irish who were dispossessed from their lands violently resisted the newcomers. Eventually this regional conflict was drawn into the mid-century Civil War that impacted all the people of the British Isles; in the late seventeenth century it became a theater of conflict in a global war. In addition to the physical destruction inflicted by warfare, the Ulster Scots suffered religious persecution and economic hardship. By the end of the seventeenth century, many of them were desperate enough to seek salvation in emigration once again. 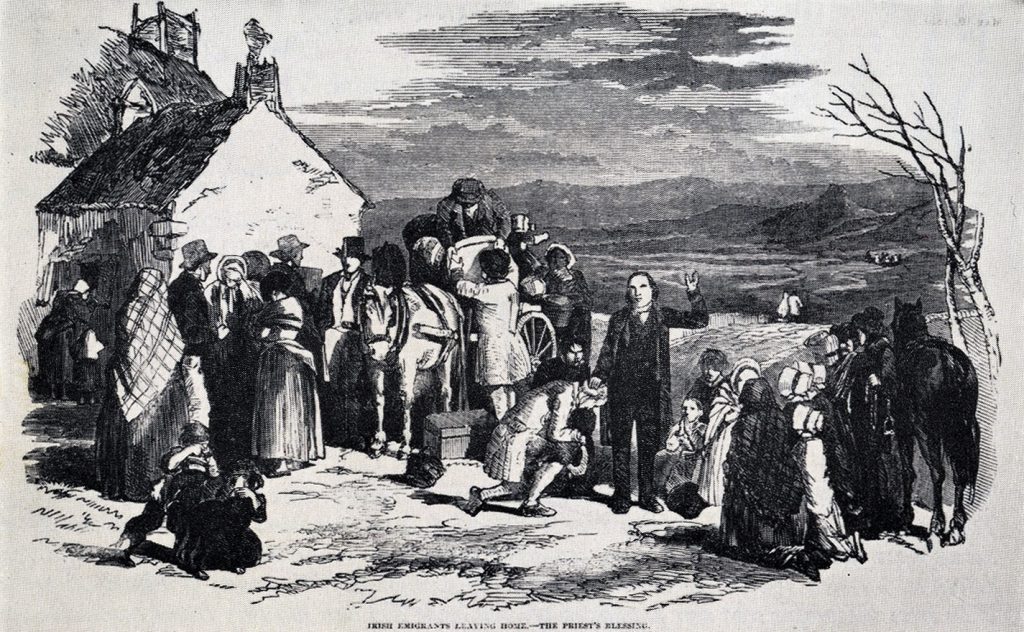 Between the 1680s and 1815 at least 100,000 Ulster Scots embarked on a new migration, this time across the Atlantic to North America. They were pushed out of Ulster by discrimination by the Anglican Church of Ireland against their Presbyterian religion, by a depression in the linen trade that provided income to so many of them, and by a steep increase in land rents (rackrenting) driven by an explosion of population. Ulster, which had seemed so attractive a destination earlier in the seventeenth century, now appeared to more and more Ulster Scots to be a vale of tears. 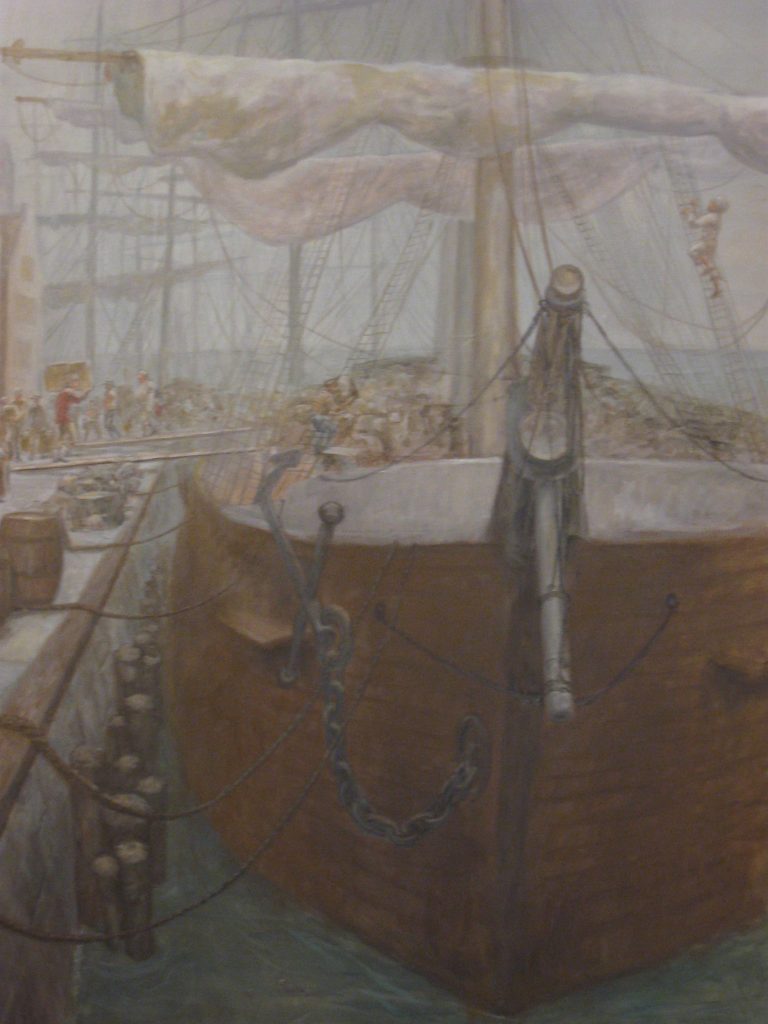 Coincidentally, at this time of growing suffering in Ulster, a new land of opportunity  beckoned in North America. Exploration and settlement of that newest part of the British Empire had grown apace during the seventeenth century. By the 1680s trade between American and Irish ports had expanded, driven by the importation of American flaxseed so crucial to the Ulster linen industry. As more ships unloaded their cargoes in Ulster ports, their crews brought glowing reports of the wonders of America. Many of the Ulster Scots migrants, or their descendants, decided that migration could once again be their salvation.

Although Scotch-Irish immigrants arrived all along America’s Atlantic coast, the major flow of newcomers landed in Pennsylvania. That sea route was driven by the important trade that linked the port of Philadelphia with Ulster ports. After unloading their American cargoes in Ulster, ship captains filled their vessels with emigrants for the return trip. As more and more Ulster people traveled to America, encouraging tales of its widespread opportunities flowed back to Ulster. This migration grew steadily until the outbreak of the American Revolution; after a decade of interruption  by war, it picked up again at a slower pace until the 1820s. 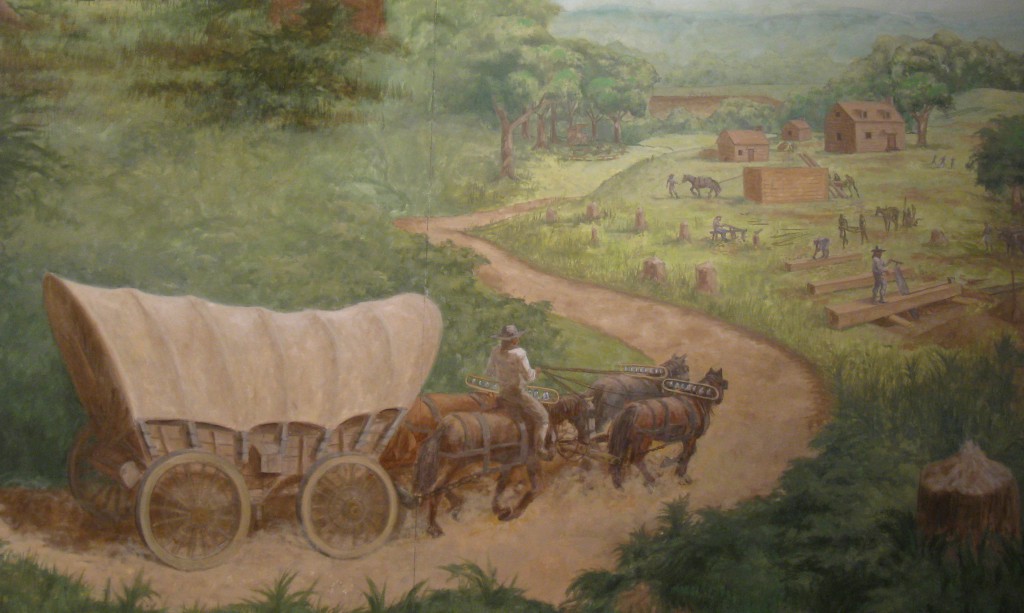 Most Scotch-Irish emigrants to America traveled in family groups. Upon arrival in Philadelphia, some were forced to accept indentured servitude to pay off their travel costs. But once their indenture ended, typically after seven years, they were free to pursue their own fortunes. Land in America was abundant and cheap. For decades most immigrants could take up enough land to support a family through farming, often paying only minimal fees known as quitrents. The earliest arrivals filled the fertile soils of southeastern Pennsylvania. But as the flow continued, latecomers had to seek land claims further inland. The mountainous geography of Pennsylvania’s western interior, combined with its hostile Indian inhabitants, encouraged many of them to turn southwestward instead, into Virginia’s Shenandoah Valley. That region of mild climate and fertile soils drew a steady influx of settlers from the 1720s on. 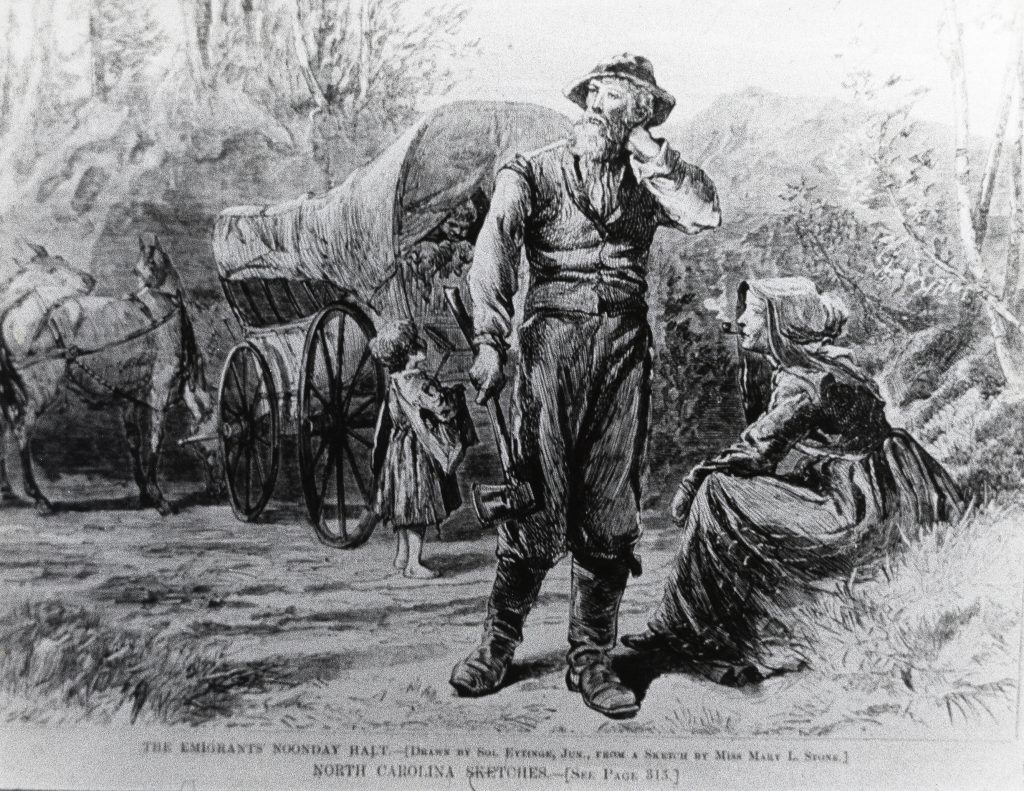 But eventually the backcountry of Pennsylvania and Virginia could not accommodate all of the immigrants who kept arriving. By the time of the Revolution, and in its immediate aftermath, the flow of settlers moved onward. By the 1780s it had pushed into the western Appalachian Mountain region of the Carolinas and Tennessee. These settlers found a less favorable farming environment than their predecessors who had obtained land in the Shenandoah Valley. The lands of western North Carolina were more mountainous and less easy to traverse. Nevertheless, by the outbreak of the Civil War, western North Carolina was well-settled. Some veterans of the American Revolution were given land there by the financially-strapped new federal government which could not afford to pay them in cash for their military service. Other immigrants bought extremely cheap land confiscated from the Cherokees through a series of one-sided treaties that culminated in the forced Removal of the Cherokees to Oklahoma in 1838-39. 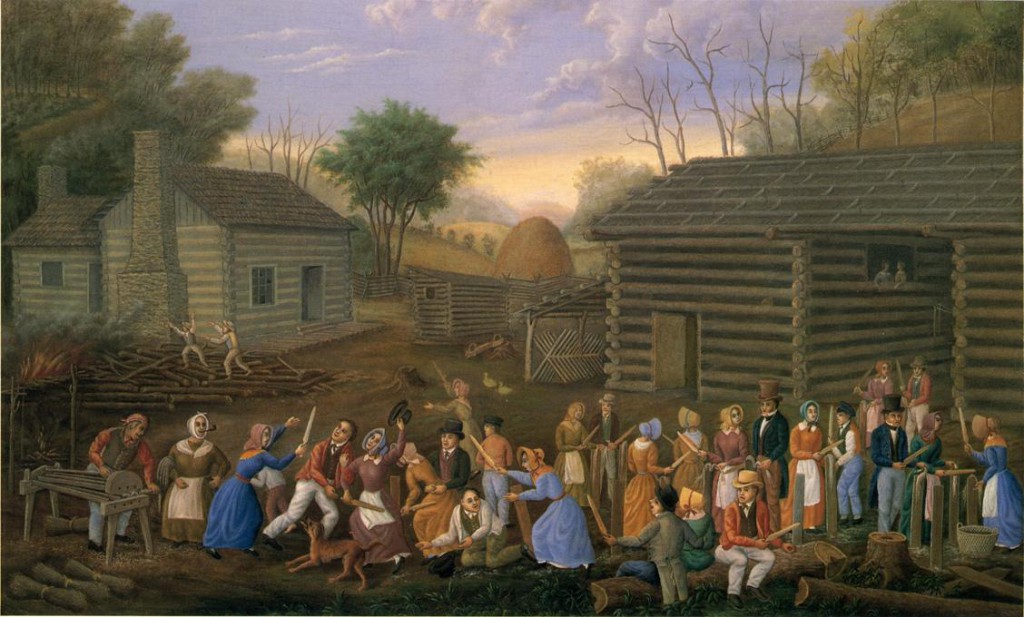 By the Civil War, the migration of the Scotch-Irish to western North Carolina was basically completed. Tens of thousands of them had arrived, in a complex multi-generational movement of settlement and re-settlement. They brought with them their religion, folk traditions, and cultural traits which contributed to the distinctive cultural mix that developed in Southern Appalachia out of the mingling of three very different ethnic groups—native American, African, and European—in the region. The Scotch-Irish influence still continues to impact the people of western North Carolina.