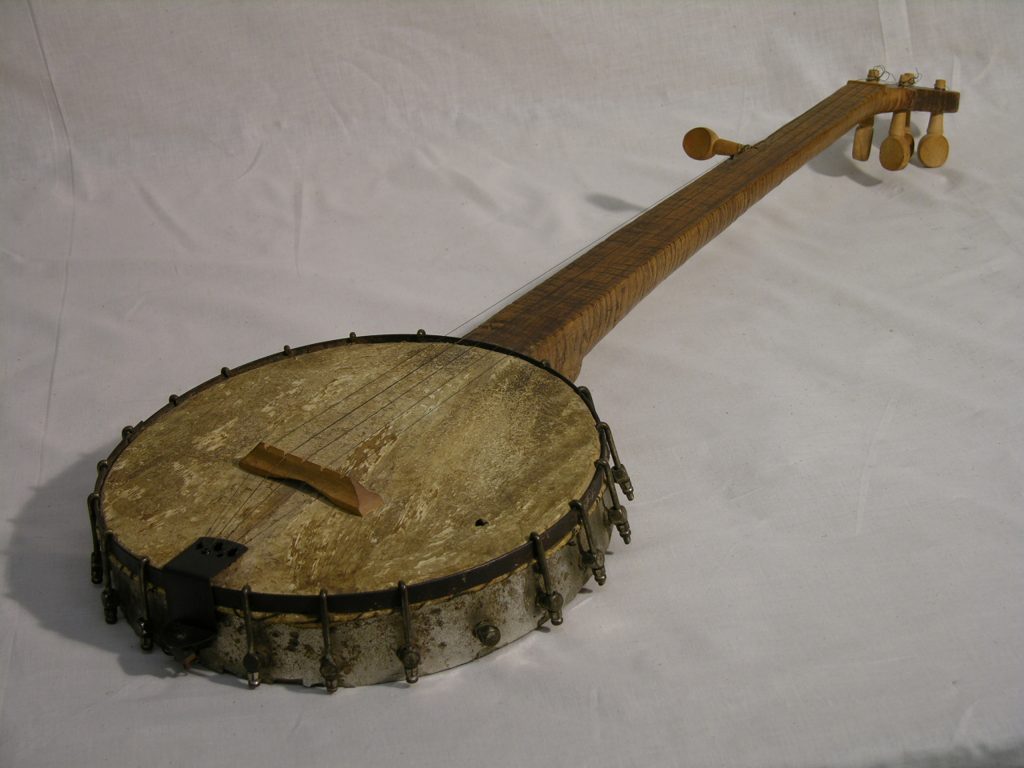 The banjo, a four or five string musical instrument with a leather or plastic head stretched over a circular wooden rim, is pictured by many as the symbol of Appalachian music. But its origin goes back to a long pole neck stuck in a gourd with a single string attached that was brought to America in the 18th century by African slaves. By the 1830s, white musicians were playing the “banjer.” Adopted by minstrel shows, its popularity exploded. Eventually, it was combined with the guitar, the mandolin, the fiddle, and upright bass to form the string band. In the 20th century, famous Appalachian musicians like Earl Scruggs and Ralph Stanley turned it into a powerful symbol of the southern mountains.