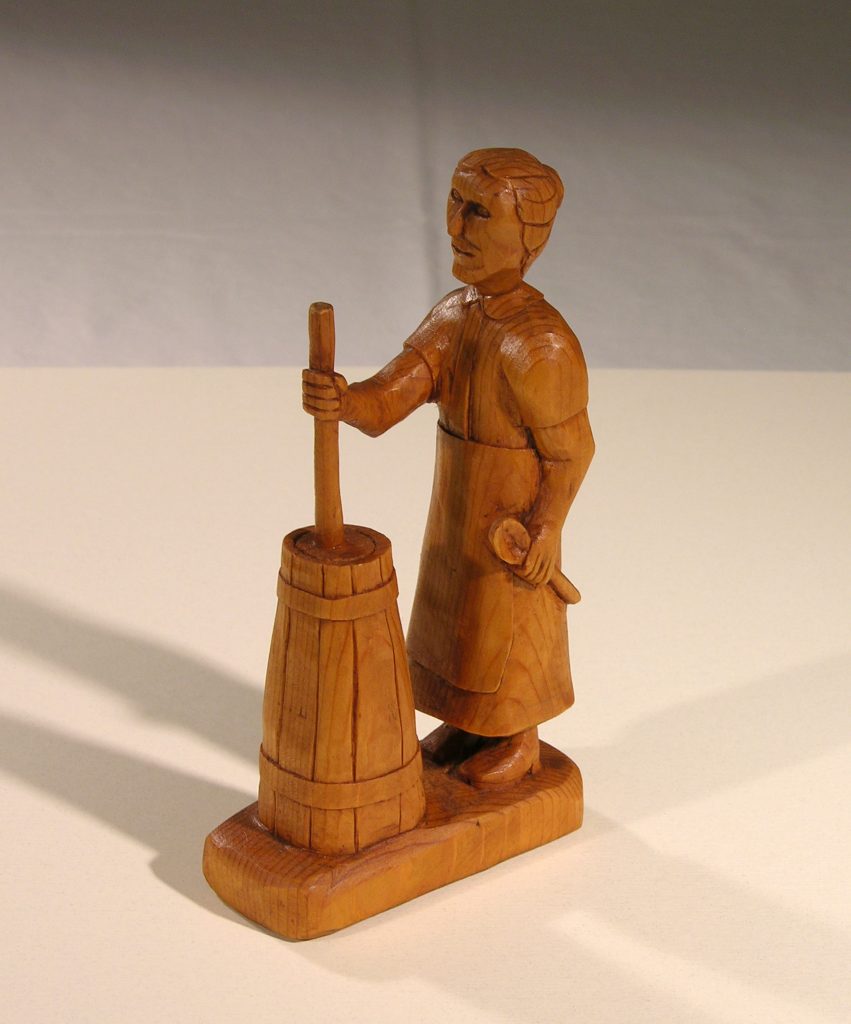 A wood carving of a woman churning butter. Courtesy of the Mountain Heritage Center.

Appalachian farm wives contributed to their family’s income through the butter and egg money they earned by taking their extra eggs and butter to the general store.  They were sometimes exchanged for cash, but usually they were traded for store credit.  More broadly, the term referred to any surplus earnings resulting from women’s work.  It included profits obtained from raising ducks and turkeys and garden produce, gathering wild nuts and berries, and making homemade items like quilts and baked goods.  Butter and egg money often had to be used to pay ordinary household expenses, but sometimes it could be spent on extra treats that were chosen by the wife.  Women’s butter and egg money made important contributions to Appalachian farm family incomes.