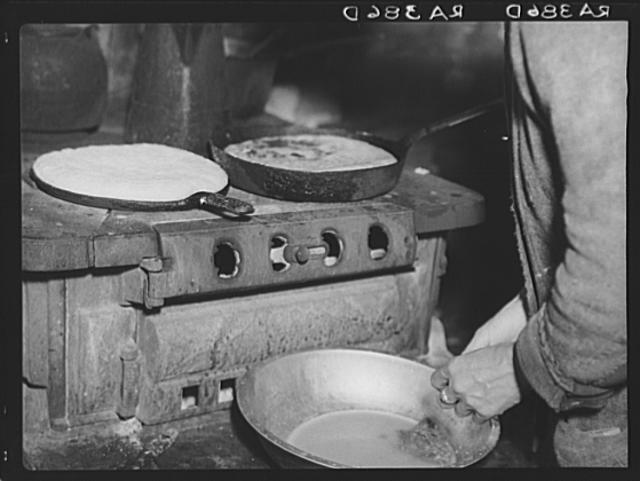 Cornbread is a staple in the Appalachian diet. Introduced to the corn plant by Native Americans, European settlers in the New World quickly adopted it for its ease of cultivation, it’s hardiness, and its versatility in cooking. It was most often consumed in the form of bread, Indian bread, hoecakes, ashcakes, dodgers, and pones. It was eaten at all meals except breakfast, when biscuits were preferred. Cornbread is easy to prepare, quick to bake, and easy to pack for school of work meals. It was usually served in combination with other foods, such as beans and pork, but during hard times, supper was sometimes cornbread alone, crumbled into a tall glass and covered with either sweet or buttermilk. Bread was the staff of life, and in Appalachia in was cornbread.