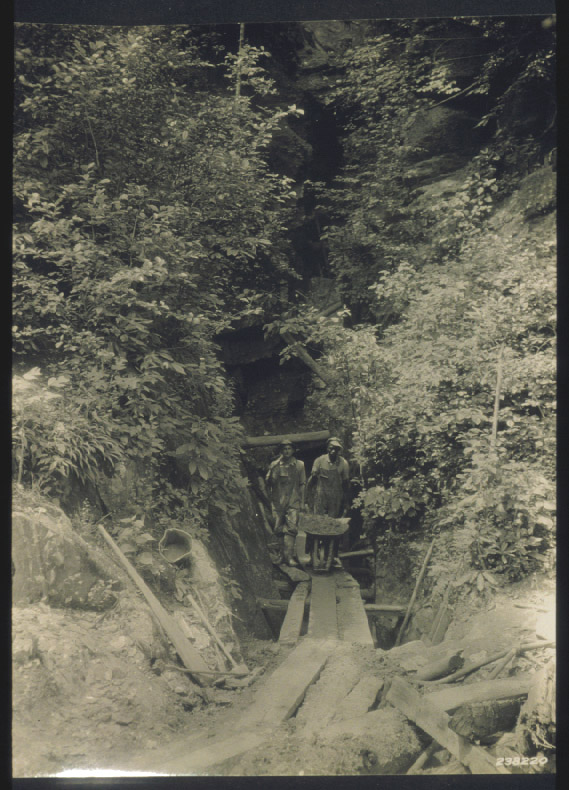 Mica, also known as “isinglass”, is a mineral mined primarily in Western North Carolina for its unequaled heat resistant qualities.  Men mostly prospected for and mined the mica while women processed it in mica houses.  There they split the translucent material into thin sheets, sorted it into grades, and cut or punched it into disks, washers, and other shapes.  A few men worked in the mica houses serving as machine operators, maintenance men, and supervisors.  Young boys often assisted female workers, taking away the sorted and cut mica and collecting the waste generated by processing it.  Mica workers were paid low wages and they suffered from various occupational hazards.  By the early 1960s, solid state electronics greatly decreased the demand for mica, and most Appalachian mica mines shut down.