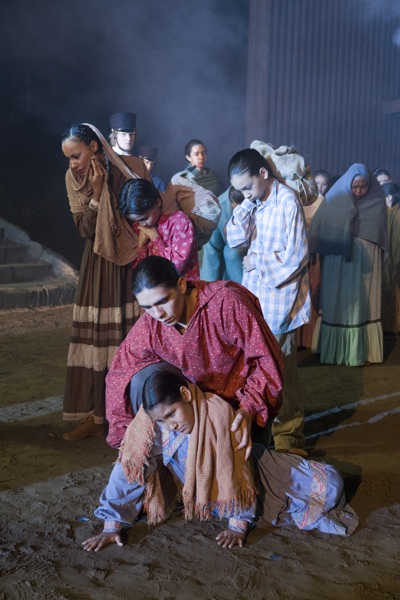 In the 1830s, the United States government, with the approval of the United States Congress and President Andrew Jackson, forcibly removed Southeastern American Indian tribes to present day Oklahoma. This atrocious act has been infamously named the Trail of Tears. The Cherokee tribe fought removal and was eventually granted the right to stay in their homeland by a ruling handed down by the United States Supreme Court. However, President Jackson refused to enforce this ruling. Approximately 17,000 Cherokees were rounded up and marched to Indian territory in the Winter of 1838.  4,000 Cherokees died on the journey. Today, the Cherokee Nation remains divided. Two bands live in Oklahoma and one lives on the Qualla Boundary in Western North Carolina.