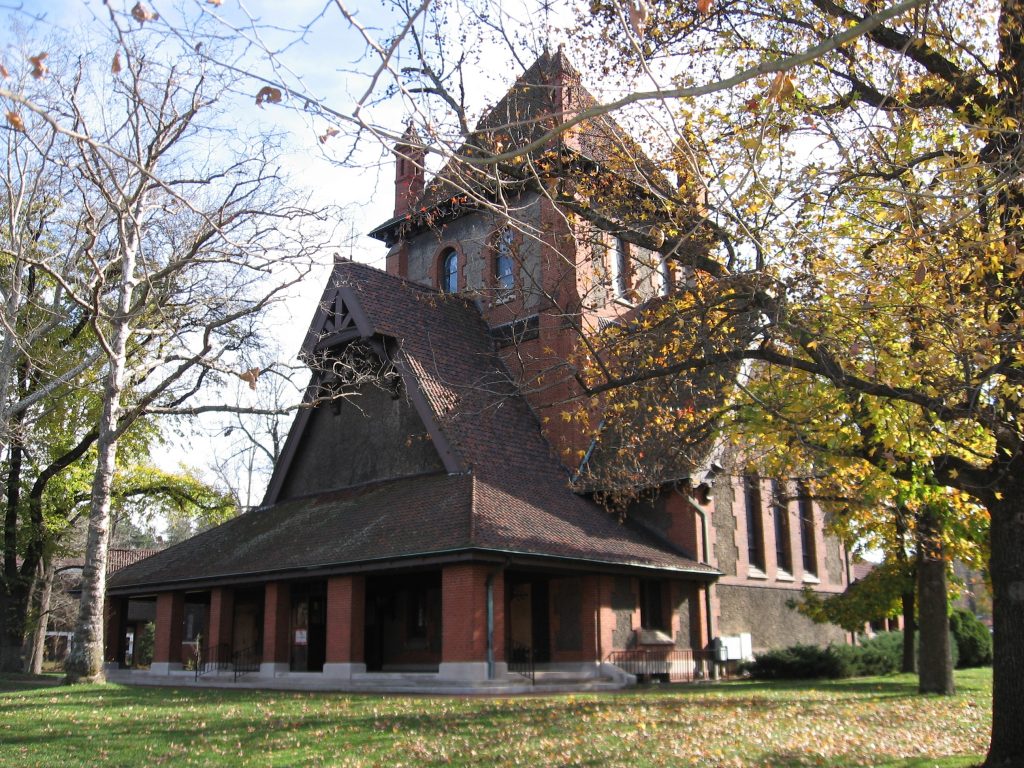 George Vanderbilt established All Souls Episcopal Church in 1896 to serve the workers on his Biltmore Estate near Asheville.  The church was the centerpiece of the village he constructed to house his workers, a community known as Biltmore Village.  Richard Morris Hunt, the Biltmore House architect, designed the cross-shaped church and its adjoining parish hall in a transitional Romanesque Gothic style, reminiscent of medieval abbeys.  All Souls Church pursued an active social mission.  It sponsored a school for mountain children and later one for children with special needs, and it supported the establishment of a nearby hospital. In the late 1990s, the diocese of Western North Carolina selected All Souls to serve as it’s cathedral, and remains the only cathedral in the region.