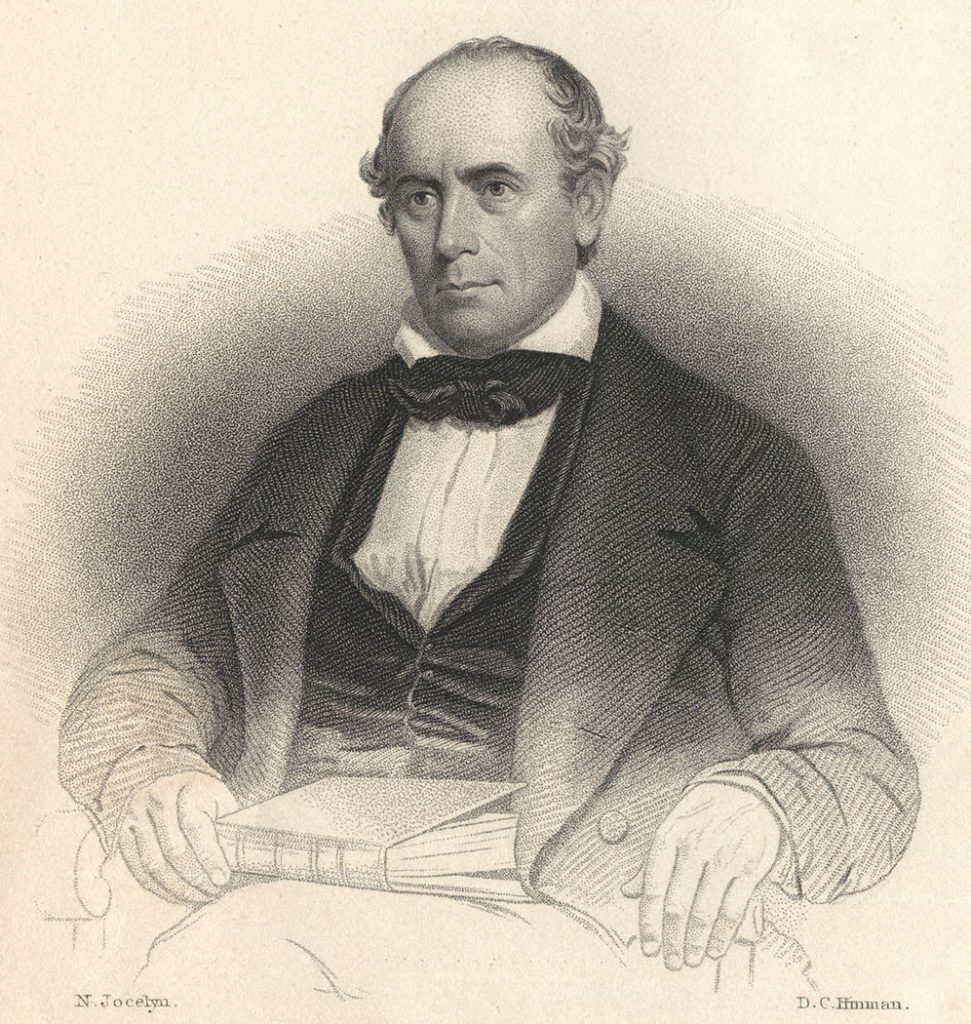 Yale educated Elisha Mitchell moved from Connecticut to Chapel Hill, North Carolina in 1818 to become Professor of Mathematics and Natural Philosophy.  As a member of a state sponsored geology survey, he encouraged the development of Western North Carolina’s natural resources, but he achieved lasting fame for determining that Black Mountain near Asheville was 250 feet higher than Mount Washington in New Hampshire.  When his calculation was challenged, he returned in 1857 to verify his measurements.  He fell down a waterfall to his death, and his body was recovered by the legendary mountain hunter and guide, Big Tom Wilson.  He was buried on a nearby peak, the tallest mountain east of the Mississippi River.  In 1882, it was named Mount Mitchell in his honor.