Between 1566 and 1567, Juan Pardo, a Spanish explorer and conquistador, following the earlier example of Hernando DeSoto, led two expeditions into the Carolina and Tennessee mountains.  His objective was to claim land for Spain, and especially to discover an overland route to Spain’s silver mines in Mexico.  Pardo constructed Fort San Juan near present day Morganton, North Carolina, along with two other forts.  But faced with the threat of an Indian attack on the Tennessee slopes of the Great Smoky Mountains, he decided to turn back.  His retreat marked the end of Spain’s attempt to find a land route to Mexico through Appalachia, and his three forts were slowly abandoned.  By the 18th century, Britain replaced Spain as the colonial power in southern Appalachia. 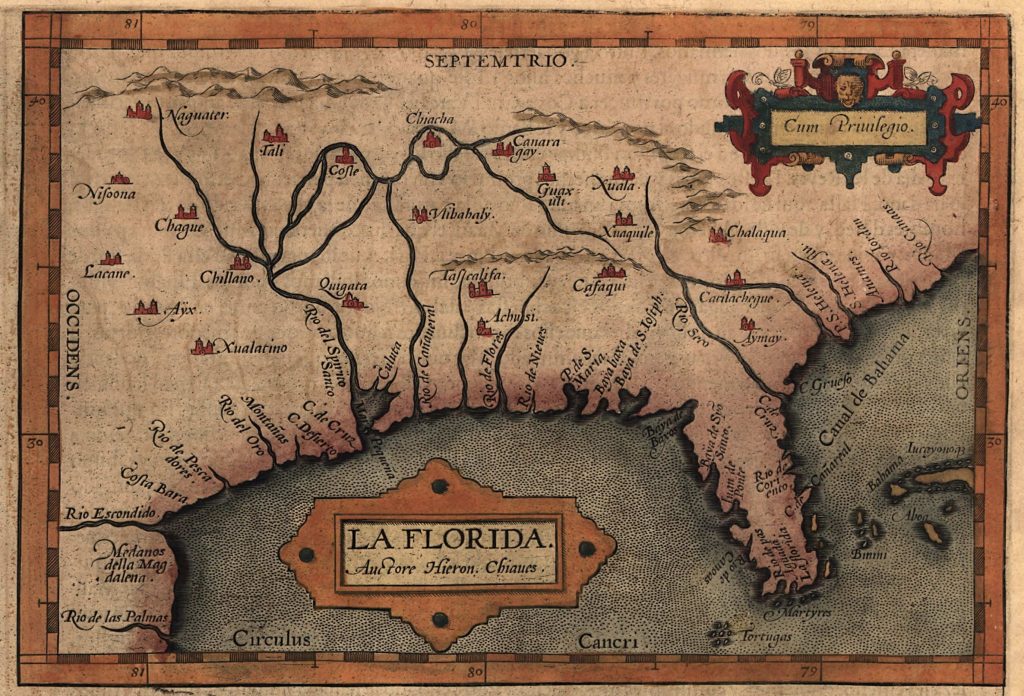 This map was created by Hieron. Chiaves (or Geronimo de Chavez) shortly after Hernando de Soto’s expedition of 1539-1542.

This map depicts the Native American town of Joara, or Xuala, between the mountains in the central portion of the map. First visited by Hernando de Soto’s expedition in 1540, the town was selected by Juan Pardo as the site for Fort San Juan.