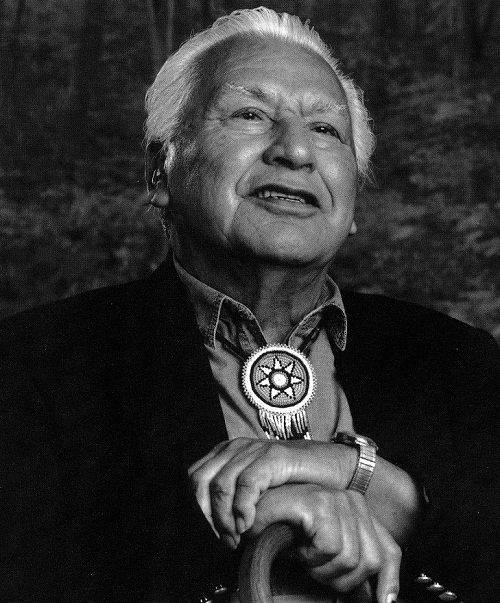 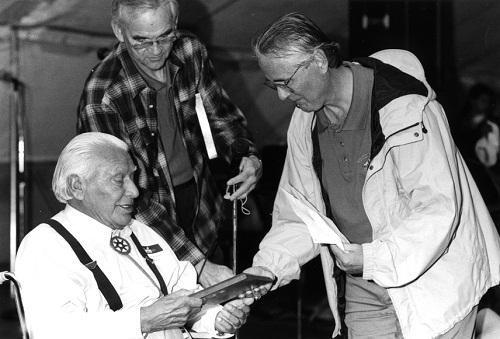 Since 1992, Bushyhead and his daughter Jean Bushyhead-Blanton, a teacher at Cherokee Elementary school, have worked on a project to preserve the Kituhwa dialect to the Qualla Boundary Cherokee on video and audio tape, the video and tapes provide Cherokee students with a unique opportunity to hear their language as it was originally spoken. The video and tapes are being developed into written text and will be incorporated into the Cherokee school system’s curriculum, making the language accessible to students from pre-school through high school.

Jean Bushyhead-Blanton filmed her father as he spoke in the Kituhwa dialect, telling Cherokee legends and stories, and sharing memories of his childhood. Filming was crucial to the project because of the importance of illustrating the dialect’s intricate and complicated inflections. If not spoken correctly, vowel sounds combine to create words and sentences that either have no meaning or that have incorrect meaning. The word “mink” and “onion,” for example, have the same phonetic spelling and syllabary symbols, so inflection alone determines the different meanings of the words.

To make the language lessons more interesting, the father-daughter team included Cherokee elders and younger Cherokee sharing stories, legends and memories, plus dancers, basket makers, weavers and carvers. Not only do Cherokee students learn their language, they also receive invaluable lessons in the culture and history of their people. 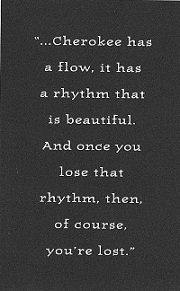 Kituhwa, one of three surviving Cherokee dialects, was spoken by Cherokee of the Qualla Boundary, where Bushyhead grew up. The Cheowan dialect was spoken in Snowbird area of Graham County, and the Over-the-Hill dialect with the Cherokee who were removed to the West. A fourth dialect, now extinct, was spoken in Georgia, South Carolina and Alabama.

Born in 1914, Bushyhead was 6 years old before he saw his first white man or heard English spoken. When he was enrolled in Birdtown School and later the Cherokee Government Boarding School, he was allowed to speak only English. He mastered English, but never forgot his native tongue.

Over the years, Bushyhead worked as a logger, interpreter-evangelist, Baptist minister, lecturer and teacher. One of his most visible roles has been his portrayal of Elias Boudinot in the Cherokee drama” Unto These Hills.” He attended Fruitland Bible Institute, Harrison Chilhowee Baptist Academy and Carson Newman College.

Bushyhead first became involved in an effort to preserve his native language with William H. Cook, linguist who was then working with Western Carolina University on special projects for the Cherokee school.

In 1992, Bushyhead and his daughter Jean began work on their project of preserving the language on film and tape. In honor of that work, Bushyhead received the North Carolina Art Council’s prestigious Folk Heritage Award in 1994.

Joyce Dugan, principal chief of the Eastern Band of Cherokee Indians, acknowledges the importance of Bushyhead’s work. “We are at risk of losing our spoken language,” She said, “and the project that he has initiated with his daughter Jean is something we will have for future generations, ensuring that the spoken language will not die.

“It is a monumental task,” she said. “I only wish that he had started it 50 years ago. It is a wonderful project, and I appreciate what he is doing.”