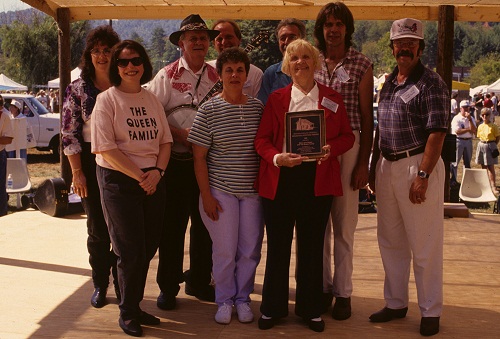 CULLOWHEE — Mary Jane Queen and the Queen Family, performers who have played a major role in helping maintain the folk music traditions of the Southern Appalachian Mountains, are the 1999 recipients of Western Carolina University’s Mountain Heritage Award.

“Today we recognize a truly outstanding musical family whose ties to authentic Southern Appalachian folk music run deep and true,” Bardo said. “Mary Jane Queen learned traditional mountain music from her father, and she has in turn passed on those old songs to countless others through concerts and workshops. The entire Queen Family exemplifies the wonderful tradition of passing the folk arts down from one generation to the next.”

Her marriage to Claude Queen, a banjo and guitar player, brought together the music and song traditions of two neighboring families. All of their eight children became musicians, singing and learning the old songs “by ear.” Over the years the family sang in church, at community events, and anywhere they were invited.

Although all the children are now grown, and some live outside the state, various combinations of the Queen Family still perform at events such as WCU’s Mountain Heritage Day, and the Mountain Dance and Folk Festival in Asheville. 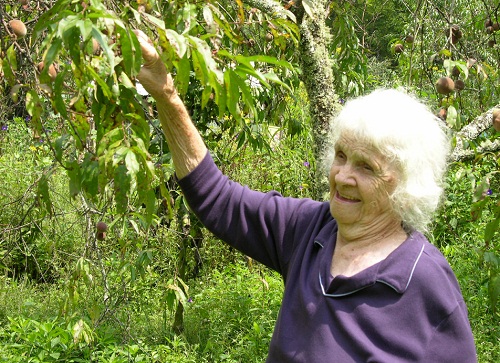 Mary Jane Queen has been called “a walking archive of mountain music.” She hesitates to guess, but estimates that she knows about 200 songs by heart. Many, like her favorite, “William Riley,” are tunes with roots going back to English ballads. Her repertoire includes songs brought to this country by pioneering settlers from Ulster, old ballads formed in early America, hymns and spirituals from Baptist and Methodist traditions, and comic songs that derive from both the European and African-American traditions.

Over the years, Mary Jane Queen has taken care to pass on her knowledge. She has welcomed into her home a procession of students, teachers, folklorists, journalists, filmmakers and musicians — anyone who wanted to learn about what she calls “good old music.” She is a past recipient of the North Carolina Folk Heritage Award from the North Carolina Arts Council.

Mary Jane Queen and the Queen Family are the 24th recipients of WCU’s Mountain Heritage Award. The award is given in recognition of outstanding contributions to the preservation or interpretation of the history and culture of Southern Appalachia; or in recognition of outstanding contributions to research on, or interpretation of, Southern Appalachian issues. Award winners are chosen by a special committee. 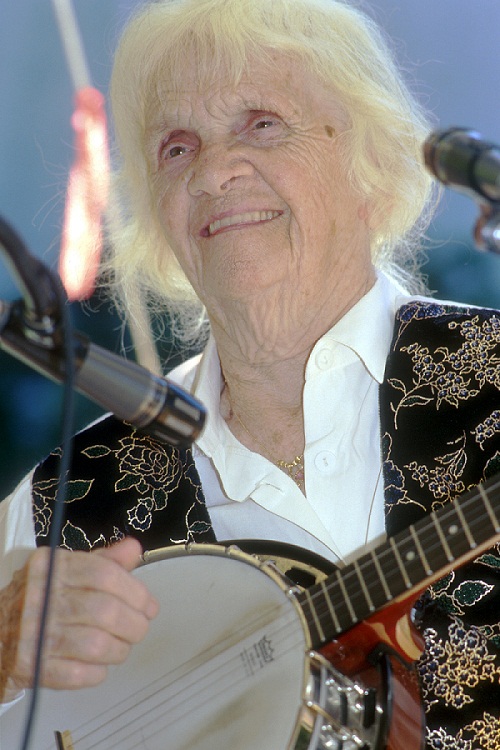 Mary Jane Queen passes on, but the family’s musical legacy will continue

The death of banjo player and balladeer Mary Jane Queen of Jackson County’s Caney Fork community might have silenced a powerful and authentic voice of Appalachian folk music, but the songs will continue on through the hands and voices of the family she left behind.

The Queen family matriarch died in June at the age of 93, and although she spent her entire life in Jackson County, Mary Jane Queen achieved national recognition through her music and storytelling.

Mary Jane Prince was born in Caney Fork in 1914 and, in later years, recalled that both her grandmothers were good singers and her older brother was “the first person to buy a guitar in the Caney Fork section.” Her father, Jim Prince, was a farmer, blacksmith and the best banjo picker in the area. “I watched him play – and helped him sing – all of those old songs many times. And that’s how I learned them,” she said.

Mary Jane Prince’s marriage to Claude Queen, a banjo and guitar player, brought together the music and song traditions of two neighboring families. All of their eight children became singers or musicians, or both, and learned the old songs “by ear.” The Queens had four sons – J.C., Delbert, Henry and Albert – and four daughters – Jeanette, Cathy, Carolyn and Dot.

Dot Queen Conner of Sylva said recently that there was no television in the family’s home on John’s Creek while the Queen children were growing up, but the siblings enjoyed listening to music on the radio, particularly the Grand Ole Opry that was broadcast from Nashville, Tenn. Over the years, members of the family performed in church, at school and at community events, but it wasn’t until Claude Queen died in 1984 that Mary Jane Queen began to accompany her children to performances with the Queen Family Band.

Mary Jane Queen’s status as a treasure trove of folklore also was recognized when she received a North Carolina Folk Heritage Award in 1993 and the Brown-Hudson Folklore Award in 2001. Queen received word shortly before her death that she had won the nation’s highest honor in folk and traditional arts as she was named one of 12 recipients of the National Endowment for the Arts’ National Heritage Fellowships.

Dot Queen Conner said that she and her siblings are thankful that their mother decided to begin performing with them after their father’s passing. She said her mother “enjoyed every minute” of the time she spent on stage singing and playing the traditional songs and ballads.

The Queen Family will once again perform on the Traditional Music Stage at this year’s Mountain Heritage Day, and Conner said she is sure the family’s repertoire will include her mother’s signature song, “I Wish I Was a Single Girl Again.”

The Queen brothers and sisters will be joined on stage by J.C. Queen’s son, Mark, who represents a younger generation of family members now taking an interest in the music. Conner said that various other grandchildren of Mary Jane Queen also are becoming involved in traditional music, and she is certain that the family legacy will continue.

“As mother used to say, ‘I think it runs in the family,’” she said.