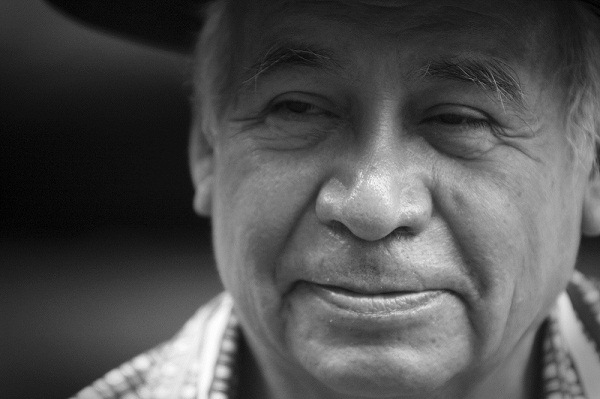 The university bestows Mountain Heritage Awards each year on one individual and one organization in recognition of their outstanding contributions to the preservation or interpretation of the history and culture of Southern Appalachia, or for outstanding contributions to research on, or interpretation of, Southern Appalachian issues. 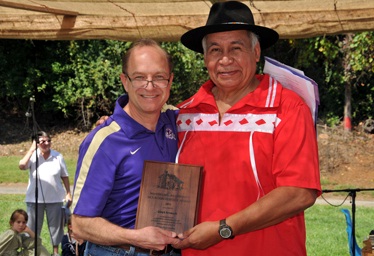 Arneach was born and raised on the Qualla Boundary, home of the Eastern Band of Cherokee Indians. His father served for a time as Vice-Chief of the Eastern Band, his mother was the first woman to be elected to the Tribal Council, and his grandmother, Lula Owl Gloyne, was a “Beloved Woman” of the tribe. As a young man, Arneach attended Guilford College and served in the U.S. military, including a year in Vietnam.

Arneach first learned Cherokee legends as they were told by two storytelling uncles, David and George Owl. He moved to Atlanta to work in 1967, and in his spare time, Arneach around the state of Georgia lecturing on Cherokee history and culture. Later on, he added storytelling to his presentations, and in 1993, Arneach began a full-time career as both storyteller and historian.

Arneach is now nationally recognized for his ability to present stories in a style that is humorous, informative and moving. His tales range from the “old stories” of the Cherokee to contemporary stories he has collected and others from a variety of Native American tribes. He has said, “I’m fortunate to have a wealth of stories to share, and I’ll tell stories to anyone who will sit down and listen.” 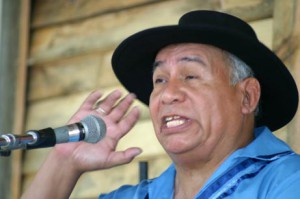 Arneach’s storytelling has taken him across the United States, with performances at the Kennedy Center, during the opening of the National Museum of the American Indian in Washington, D.C., and on the Discovery Channel. He also lectures on Cherokee history and culture in schools, universities, museums, and at many other venues, and he conducts workshops on Native American storytelling, helping to build appreciation for Native American culture.

In 1992, Children’s Press published Arneach’s book “The Animal Ballgame,” which is based on one of his Cherokee animal stories, and his book “Long-Ago Stories of the Eastern Cherokee,” released in 2008, is now in its third printing.