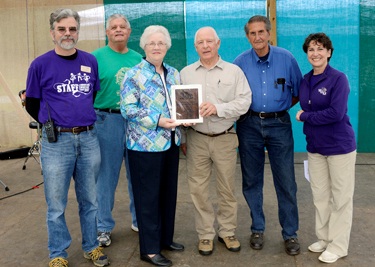 The members of the Jackson County Genealogical Society have worked since the organization’s founding in 1991 to bring together individuals interested in genealogy; to discover, research and exchange materials related to Jackson County genealogy; to provide for the preservation of those materials to publish it on a regular basis.

The organization began with 15 charter members, but it now includes about 245 individuals hailing from almost every North Carolina county, 22 other states and one foreign country.

Members of the JCGS meet monthly, with attendance ranging from 20 to more than 100 people. In the focusing on genealogical topics, the gatherings have included programs on mountain music, old Cherokee trails, and other topics related to traditional mountain culture.

The JCGS maintains a research library of more than 1,800 volumes, the largest library of its kind west of Asheville. Since the organization’s founding, its journal “Journeys Through Jackson” has been published on a regular schedule. It contains submissions of official records, family research, old photographs and other items of interest, providing a vehicle for members to publish and preserve genealogical and historical information.

The JCGS has published numerous volumes over the past two decades, including volumes 1 and 2 of “Jackson County Heritage.” The society website was begun in 1998 and makes available documents such as Civil War information, old photographs and articles of general interest.

Because of its dedication to the preservation of family history and the families of Jackson County, the JCGS was chosen to be a partner in the Jackson County Public Library Complex in downtown Sylva. The organization moved into its permanent quarters in the historic Jackson County Courthouse in June 2011, with offices open 45 hours each week with a volunteer staff that is available to provide genealogical assistance.