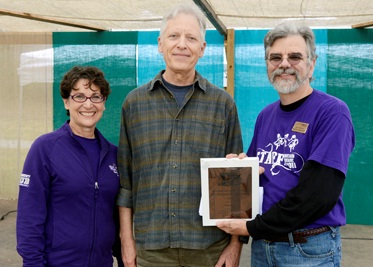 Tiger is a founder and organizer of the Clay County Communities Revitalization Association, which includes about 150 citizens who have worked for more than a decade to enhance the quality of life in Clay County while boosting the area’s economy through a series of projects, many of them related to the preservation of traditional Appalachian culture.

A Clay County native and fourth-generation owner of Tiger’s Department Store on Hayesville’s town square, Tiger earned a social sciences degree with a concentration in anthropology at WCU in 1973. He credits his time at WCU with fostering his love of service. Tiger has taken to heart his grandfather often-repeated statement: “You owe a fair amount back to your community.”

In the mid-1990s, Tiger and other Clay County residents gathered to consider ways to offset the county’s economic decline and attract business. The CCCRA quickly developed and achieved nonprofit status by 2000. Since then, the organization has received $500,000 in funding and has tackled a lineup of ambitious projects, including the exterior restoration of the historic Clay County Courthouse. The building is now on the National Register of Historic Places. 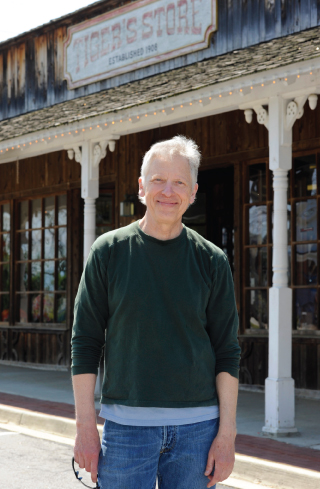 Another project being undertaken by the CCCRA, in partnership with the Clay County Historical and Arts Council Museum, is the Cherokee Homestead Exhibit, under construction since 2007. Being developed just a couple of blocks from the of Hayesville, the exhibit portrays a Cherokee village from 1650 through 1750 and features to-scale replicas of a Cherokee summer house, winter house and corncrib. Those features are set against a backdrop of a large-scale mural with details of elements of Cherokee life and contemporary metal sculptures referencing the seven Cherokee clans and other symbols of the tribe.

WCU anthropology students, led by anthropology professor Jane Eastman, have been involved in helping build the exhibit since the summer of 2009. CCCRA members envision the outdoor exhibit as an enhancement for local quality of life and as a regional destination for visitors. It already serves as an outdoor classroom for regional schoolchildren and as the setting for a Cherokee heritage festival.

A project that the CCCRA would like to tackle in the future is the restoration of the courthouse’s interior. Plans call for gallery, performance and community space in the historic structure.

Tiger’s leadership of the CCCRA has been recognized by both WCU and Handmade in America. He received the Distinguished Alumni Award from WCU’s College of Arts and Sciences in 2009, and earlier this year Tiger was of Handmade’s Small Towns award.