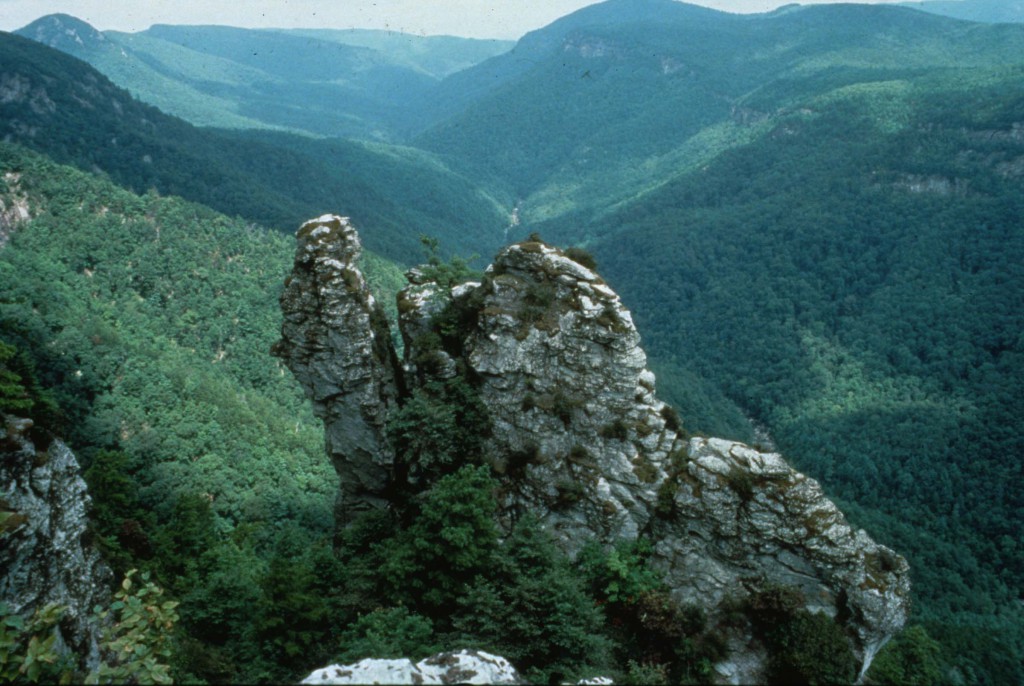 The geology of the Appalachian Mountain system is unique and complex, especially in the Blue Ridge Province. Unlike most regions of the earth where the youngest rock is the most visible, in the Blue Ridge, the younger rocks are covered by those that are millions of years older. This phenomena is more visible at Linville Falls than at almost any other place along the Blue Ridge.

Approximately 450 million years ago, the eastern portion of the North American continent collided with the continent of Africa. this collision caused an episode of mountain-building characterized by faulted, folded, and metamorphosed rock that became the core of the Appalachian Mountain range. This mountain range begins in Alabama and continues north into Nova Scotia. A later episode of mountain-building occurred around 250 million years ago when the North American and African continents were once again forced against each other. The geologic activity has been compared to the current collision between India and the continent of Asia. In fact, it is believed that the height of the Appalachian Mountains could once have been comparable to that of the Himalayan Mountains, with peaks as high as Mount Everest.

When North America collided with Africa, the impact cause the crust to buckle, break, and slide. This energy forced older rock formations to move on top of the younger rock.

Weathering, a powerful process that continued from the earth’s earliest stages, has been wearing down these once-giant mountains for millions of years. Today, as a result of this weathering many different layers are exposed making it possible to view both the young and old rock at the Linville Fault.

A fault is a fracture in the earth’s crust where two portions of the earth move past each other. The 250-million year old Linville Falls Fault is visible from the Upper Falls. Here, the earth’s crust was thrust upward and the younger rock was covered by thousands of feet of very old rock. This short hike offers a great opportunity to see one of earth’s magnificent faults first hand. 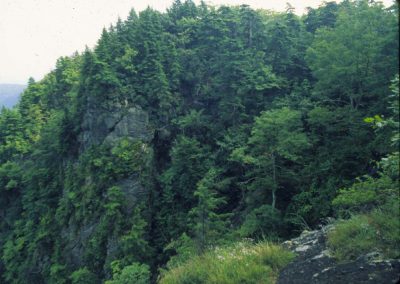 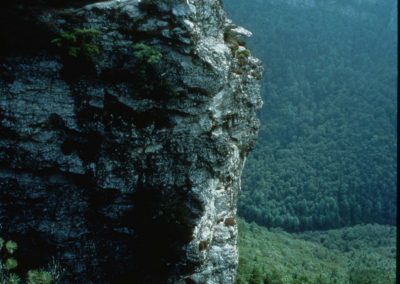