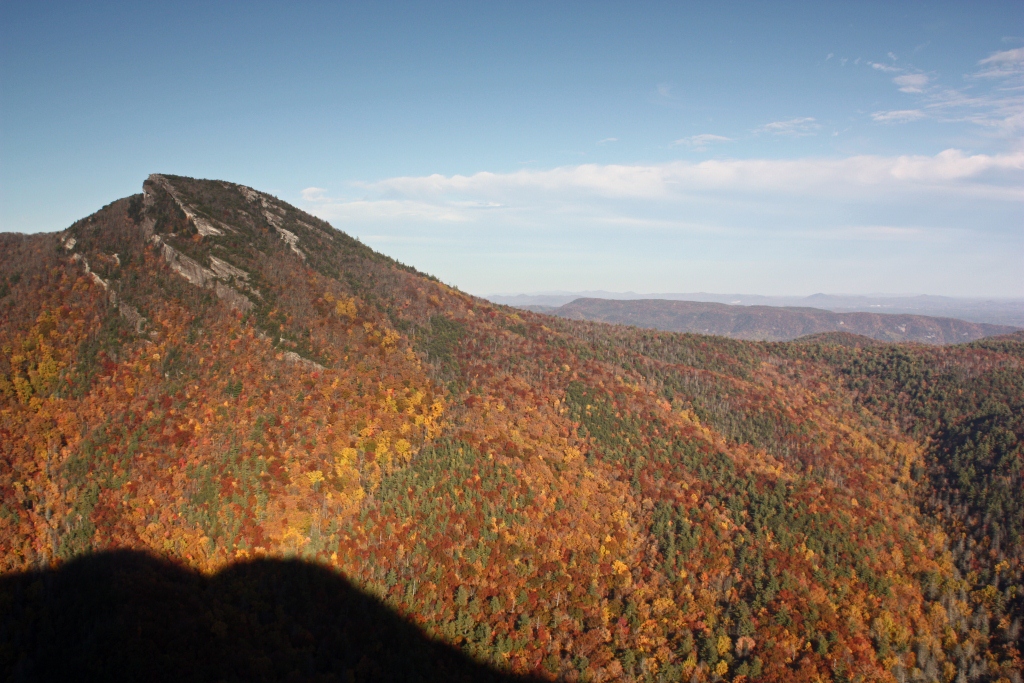 Brown Mountain is the mountain that lies beyond the mountain in the foreground (Hawksbill). – Photo is courtesy of Ed Young

Since the early 1700s, travelers have reported seeing the mysterious Brown Mountain Lights on clear, moonless nights. According to local folklore, the lights are actually the spirit of a slave searching for his lost master across ridges and through the valley. Several scientific studies have been conducted, however no one has ever positively determined the origin of the dazzling lights that illuminate the sky above Brown Mountain.

“The mountain emits nitrous vapors which are borne by the wind, and when the laden winds meet each other, the nitrous inflames, sulphurates and deteriorates. This causes the lights to inflame.” — Gerald William de Braham, 1771

The first scientific explanation was offered by a German engineer, Gerald William de Braham, in 1771. He concluded that, “The mountain emits nitrous vapors,” giving the illusion of light. Braham’s theory did not receive much attention and subsequent hypotheses have all been disproved. Sightings are rare, but they are occasionally reported.

For the best chance to see the Brown Lights, visit: