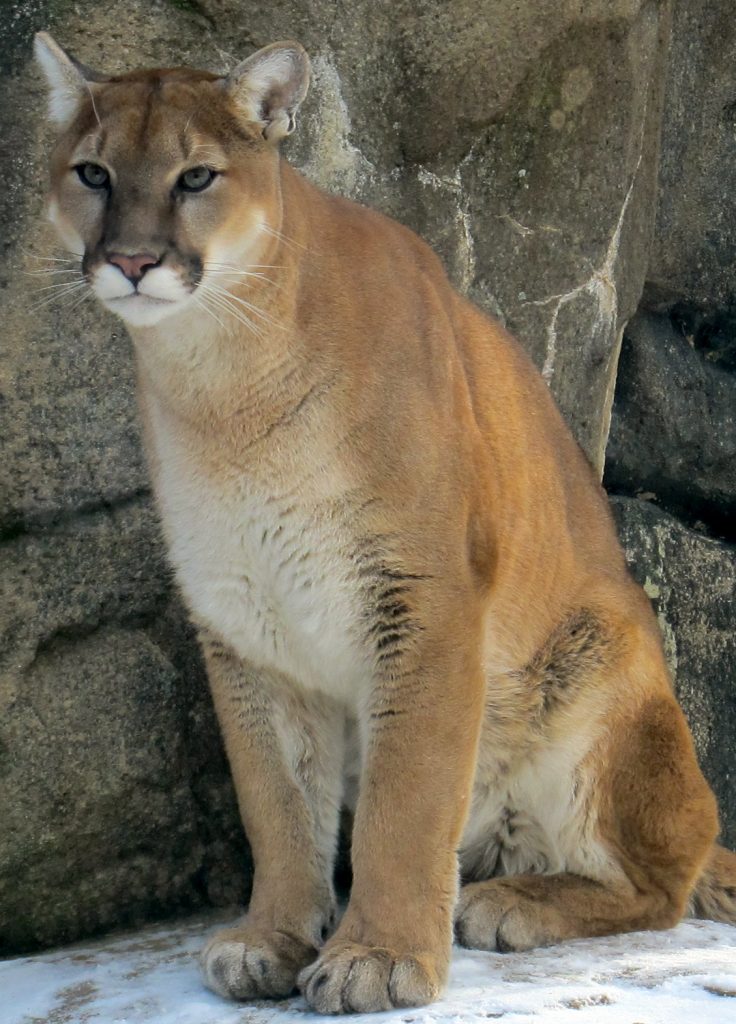 Catamount, short for “cat of the mountain,” is a generic name describing any of a variety of mid- to large-size American wild cats. It is most often used to refer to cougars and lynxes. In Southern Appalachia, “” is used interchangeably with “” to describe the larger cougar, but it also can refer to the smaller bobcat. Debate continues whether catamounts still roam Southern Appalachia, fueled by regular reports of sightings of the animals or their scat or tracks. Conclusive physical evidence of their presence in the region remains as elusive as the creatures themselves. Catamounts are also rare as mascots: Western Carolina University adopted the in 1932.  The University of Vermont and Potomac State College also claim it.