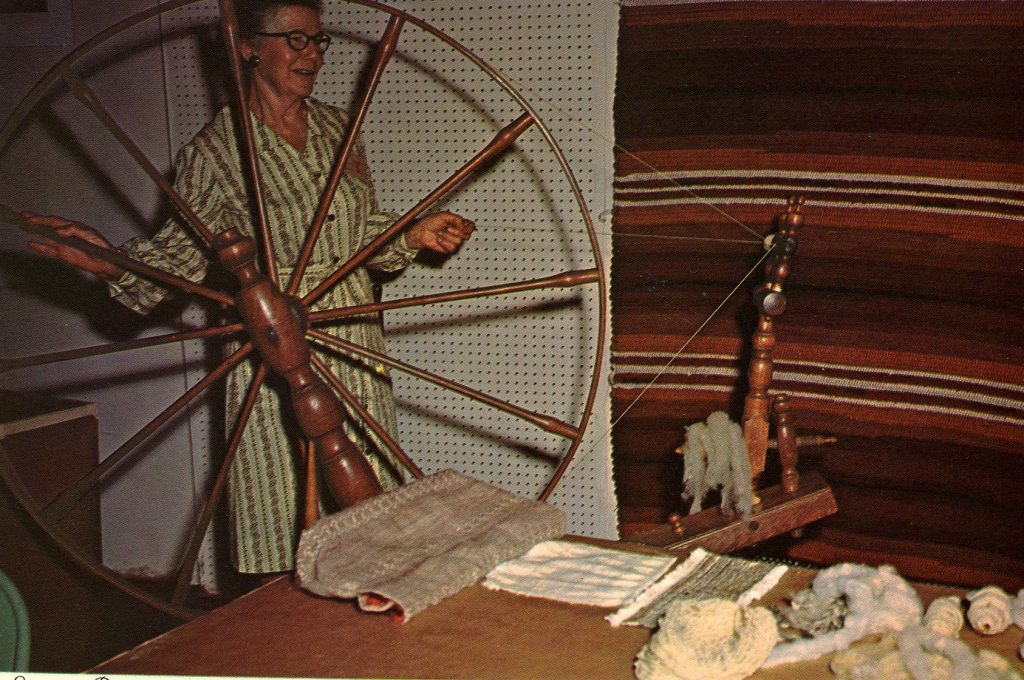 In 1892, Frances Goodrich, a New England educated Presbyterian Missionary, moved to the Madison County community of Allanstand.  Her goal: to improve the quality of life for mountain families.  Her means was the promotion of traditional crafts to a growing American market for authentic handicrafts.  In 1895, Goodrich founded Allanstand Cottage Industries.  In 1917, she moved the business to downtown Asheville and began to network with a thriving arts and crafts movement across the Appalachian region.  Craft organizers met at the Penland School of Crafts in 1928 to create the Southern Highland Craft Guild.  Now the second old craft organization in the nation, the guild operates the Blue Ridge Parkway’s Folk Art Center near Asheville and represents over 900 craftspeople.